This was the first recorded game of the newly formed Crosserlough football team against Killinkere. History doesn’t record the winners of the game, but what is already evident is a passion and love of the game that was to be instilled into generations from then until the present day, and no doubt will continue into the future. It’s thought that football came to the area via Ardkill in the late 1880s.

Those early years are perhaps most infamously remembered for free-for-alls and altercations. There were no formal leagues and championships at this time and local teams instead played ‘friendlies’ with neighbouring parishes. However, these friendlies were anything but amicable. In one instance, Ardkill beat Cavan Gaels. The angry Gaels, refusing to admit defeat, demanded a replay at the same venue (Acheson’s field).

Their request may have been granted but no referee would take control of the game! And it wasn’t only referees who feared those games; parents and priests in the parish strongly objected to a tournament taking place between Ardkill, Lacken, and Mullaghoran and the hostilities were postponed indefinitely.

The Birth of Crosserlough Gaels

In 1903, Crosserlough Young Irelanders was formed under the chairmanship of Master McGann, aided and abetted by Paddy Dowd, Ben Cooney, Bartle Gorman, Paddy Gorman, and Buzz Comiskey. Unfortunately, the parish’s skills and strength was divided, as a rival group, Leehary Emmetts, was formed at the same time. Both teams started well. The Young Irelanders team was victorious over Killeshandra Leaguers, but was defeated by the famous Drumlane Sons of O’Connell at its home ground (Boylan’s field opposite Crosserlough church).

Leehary Emmets, with the assistance of four illegal players had a resounding victory over Bailieborough to take the Championship of East Cavan. However, the team was also beaten by the Drumlane boys at the Show Grounds in Cavan. You can only wonder what would have happened if the teams were unified under one leadership. Would the amalgamated teams have been strong enough to defeat Drumlane? We’ll never know. Some people in the parish must also have been realising the futility of manning two teams in the same parish; Mattie McCabe is credited with the idea of amalgamating Leehary Emmetts and Crosserlough Young Irelanders.

After many meetings at Dan Corr’s house, Crosserlough Gaels was born. The change in name did nothing to dampen the passion of the young Crosserlough men. At an annual commemoration at the Bridge of Finea soon after the amalgamation, Crosserlough and Granard were invited to display their football talent. Little is reported of the game except that it ended in a free for all. Tradition has it that even the goalposts were used as weapons of defence and attack!.

The annals of Crosserlough GAA history remain quiet until the county final of 1912. The venue: the showground in Cavan. The opposition: Cornafean. A hurricane wind favoured Cornafean in the opening half, but the team failed to score. Perhaps due to the weather, or maybe due to fear of the Crosserlough men, Cornafean refused to resume the game after halftime and the game was abandoned.

The gods were conspiring against Crosserlough, and a replay was ordered after the referee, Father Rudden, failed to make his report on Irish watermarked paper. The gods had their way and Cornafean won the replay by just one point. This Crosserlough team included the legendary John Malone, Paddy Smith, Owen Lynch, Mattie McCabe, James Brady, John Francis Galligan, and John McSherry.

The first trophy came to the parish in 1917 when Crosserlough Gaels won the Senior League (Division II). The team included Paddy Brady, Larry Galligan, Owen Fay, Phillip Callery, Pat Gilchrist, Tom Campbell (captain), Harry Conaty, Benny Maguire, Bernie Duffy, Charlie McCabe, Phil Reynolds, Dan Fay, John Joe Coyle, and Ned Flanagan. Despite an amalgamation with Drumkilly, football declined in the 1930s; there was no team affiliated to the parish in 1938 or 1939. In 1940, a team was formed in Kilnaleck under the chairmanship of P. “Buzz” Comiskey.

Kilnaleck won the junior division and qualified to meet Bruskey in what was to become the notorious semi-final of 1941. Bruskey won on the day by a score of 2-3 to 0-8. After an objection, a replay was ordered which ended prematurely with Kilnaleck leading 1-6 to 1-1. Angry supporters invaded the pitch and the ensuing rift is said to have lasted 12 months! Cross defeated Kilnaleck in the final after Kilnaleck failed to capitalise on two penalties.

In 1949, after a number of particularly lean years, Crosserlough Gaels was reorganised under the chairmanship of Pat Reilly, Druninisclin. The first championship cup to come to the parish was won by Crosserlough minors in 1954. This was a brilliant fifteen and included John Byers, Jimmy Smith, Donal Crotty, and Philip Maguire, all of whom were to play a very important role in Crosserlough’s rise to the top. The master tactician, Brian Beglin, ably assited by Kevin Boylan and Peter Byrd, tutored the team. 1955 was equally successful and the minors repeated their performance of the previous year. This resulted in the County Board passing a bye-law to curb Mr. Beglin’s activities. It was a winning streak that continued into 1955 when, under the chairmanship of Tom Dowd, Crosserlough won the junior league.

Growing confidence was in the air in 1958. The previous year Cootehill knocked Crosserlough Gaels out of the championship. Despite winning everywhere except on the scoreboard, Cootehill beat them by just one point. Although it was a defeat, it was one that was tinged with hope as it indicated that Cootehill supremacy was in decline. Leaving nothing to chance, Crosserlough management asked Peter Donohue, who had left to play with Mountnugent in 1945, to return to the fold. He obliged. Crosserlough was also showing signs of maturity in the senior league.

The 1957 competition had continued into 1958. Crosserlough met Balieborough in the final and defeated them by a winning margin of 5-8 to 1-2. The same teams met in the championship semifinal, where Bailieborough’s attempts to regain face failed. Cavan Gales defeated Cootehill in the other semi final. The stage was set for a record breaking final! Conditions were ideal.

The thirty-strong squad had trained as many as five nights a week, and virtually every man, woman, and child in Crosserlough was there to voice support. Nothing less than victory would satisfy them. It didn’t start well for Crosserlough. Just two minutes in and Cavan Gaels were two goals up! After fifteen minutes of play, Cavan were nine points ahead. A great fighting spirit and an all-round ability, plus the craft of Noel O’Reilly, Hubert Gaffney, Brian O’Reilly, Gerry Duffy, John Byers, Peter Donohoe, Sean Lynch and Jimmy Smith was not to be denied. Three minutes from the end and all was square. Crosserlough’s winning score was a goal from Jimmy Smith, the ace forward.

The Crosserlough team was the new champions by a score of 3-7 to 3-4. After all those weary years, the Plunkett Cup reached Kilnaleck, to be met by brightly blazing bonfires! Crosserlough were odds-on favourites to retain the championship in 1959. It took a replay against Cavan Gaels to secure victory in the semi-final and they met Virginia, for what was viewed by many as a mere formality. However, in the dying minutes of the game, Virginia stole the victory. There was some solace in the fact that Crosserlough retained the senior league. 1960 was a fruitless year, but Crosserlough was back on target in 1961. They regained the championship by defeating Ballinagh by 2-8 to 2-3.

In 1963, Benny Boylan’s schoolboys won the County Cavan Championship (rural area) for the first time. They repeated the performance in 1964 – ensuring a steady stream of talent for the Senior and Junior titles for the coming years. The Senior Team won the senior league and the minors won the minor championships in both 1963 and 1964. They all retained their trophies in 1964. In 1965, the seniors won another senior league title. 1966 was equally victorious with the formidable Crosserlough team deafeating a shocked Ballyconnell by a score of 3-13 to nil – despite it being one of the worst county finals in living memory! 1967 Was one of the greatest years for football in Crosserlough. Never before had one team won the senior and junior championship on the same year and at the same time contested the minor final.

In a repeat of the 1958 final, Crosserlough met Cavan Gaels. The opposition, playing fast, clever, constructive football, dominated the opening period. At half-time, the score was 3-4 to 0-7. Not to be beated, the Crosserlough men called on their reserves of fitness and experience, and overhauled their rivals by four points (Crosserlough: 18 pts, Cavan Gaels: 3-5). This was a remarkable victory, demonstrating that courage and fitness will always triumph! Crosserlough supporters were still celebrating when the junior side stepped onto to soil of Breffni park to contest the junior final. Even though the team lost a number of players to senior ranks in transit, they proved, by the way they defeated Belturbet in that final, that ‘the lough’ was bristling with talent! This marked the first occasion for the junior championship cup to come to Crosserlough

The stage was now set for Crosserlough to embark on a championship-winning streak, which is second to none in the county. Seven senior titles in a row were won between 1966 and 1972 and for good measure the club also won the Junior Championship in 1967. Since these glory years success at senior level has eluded the Kilnaleck club but nevertheless a steady stream of silverware has continued to flow the way of the club. Numerous schoolboy titles have been won along with Minor titles in ’86 ’88 ’89 and ’95, U-21 titles in 1983 and 1984 and Junior B titles in 1997 and 1998.

Camogie
Side by side with the men we also boast a very successful camogie team. Founded in 1982-success came instantly with the girls winning the Intermediate League. In 1984 the club had success in the Novice Camogie League. 1990 saw the club reign as U-14 champions and this was added to in 1992 by the Junior A team who brought the cup to Kilnaleck. Building on this the Intermediate title followed the next year and in 1996 the senior league trophy resided in Kilnaleck. Crosserlough were crowned Senior Champions in 1999 and this team did the club proud by reaching the Ulster Club Final where they were narrowly defeated. 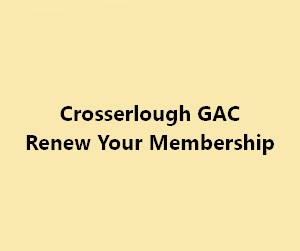 Proud to be part of

We Value Your Privacy
To provide the best experiences, we use technologies like cookies to store and/or access device information. Consenting to these technologies will allow us to process data such as browsing behaviour or unique IDs on this site. Not consenting or withdrawing consent, may adversely affect certain features and functions.
Manage options Manage services Manage vendors Read more about these purposes
View preferences
{title} {title} {title}